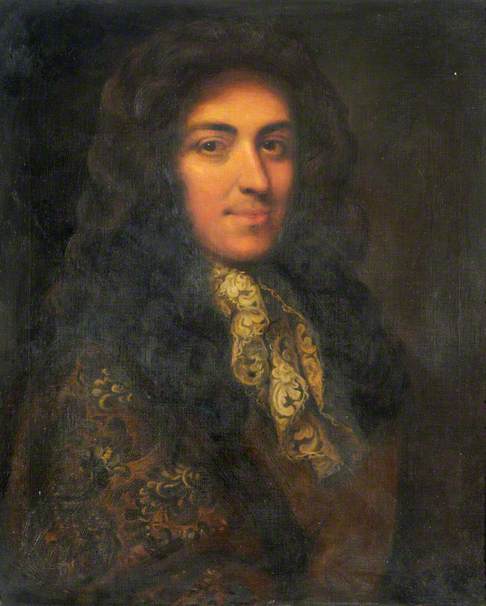 This portrait is described as 'Sir Thomas Fanshawe, in the manner of Mary Beale'. Recent conservation work has revealed that it is in fact a late 19th or early 20th century copy of an unknown portrait. Whilst the sitter does bear more than a passing facial resemblance to our other portraits of Sir Thomas Fanshawe, we are not aware of the existence of a portrait from which this could have been copied. In light of the recent discoveries, we are now questioning whether this is actually Sir Thomas. We are unable to follow the trail of provenance as the former owner died in 2012.

Does anyone recognise this portrait? There has been some suggestion that it looks similar to a portrait of King James II. Are there any suggestions regarding sitter or artist, or why a portrait may have been copied so long after the original was painted?

Not James II & VII – Too young for period of outfit.
Duke of Monmouth?

I think this is George Mackenzie of Rosehaugh legal writer, in his early life!

Not the Duke of Monmouth - the nose is too long

The other portraits of the purported sitter at Valence House are by or after Lely, and the autograph portraits strike me as being of a different person.

I think the possibility that this might be the Duke of Monmouth bears further consideration. See below:

If we were to assume that this is a later copy of an original work (now unlocated) once held by the Fanshawe family, there is every possibility that a portrait of the Duke of Monmouth would have been found within their familial collection. Mary Walter, (half) sister to the Duke, married William Fanshawe, so it is not outside the realm of possibility that a portrait of him may have passed to her descendants.