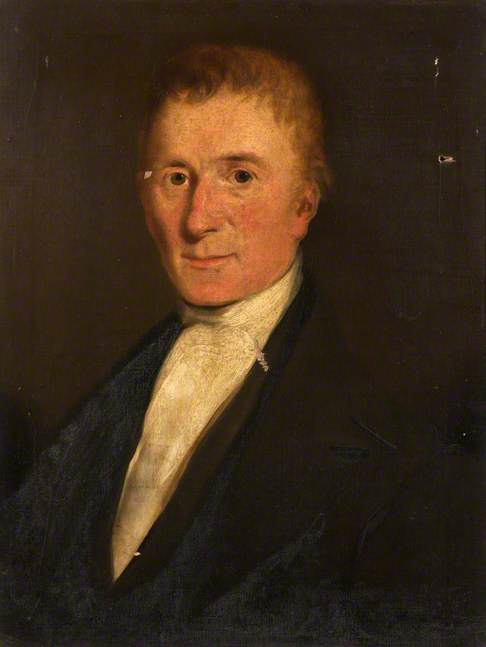 Nothing more has come forward so this discussion can be closed for all the reasons cited above. It can of course be reopened if there is new material to add.

I support Barbara Bryant's recommendation to close this discussion as unlikely to reach a reliable conclusion for the reasons set out in her post of 15 July 2020.

Although aware of this and several other Art Detective enquiries, collection staff are only now slowly returning from furlough and still working on a skeleton basis until, hopefully, the start of next month. The Art Gallery Coordinator was on maternity leave until May 2020, followed by the virus closure. She will be able to start to address the backlog when she returns to work in November. Art UK might be able to obtain the acquisition details for the record, even if the discussion closes because they have no further information on the sitter.

It looks like we're going to get a pause on this one anyway, but (as with the Reuben Hallam thread) I do have a couple of pertinent things to add. In this case they may at least help us decide if this is the father or the son.

Osmund: the collection still needs to comment but I'm sure could be interested in the couple of pertinent things that you promised on 12 October last year. Or do we move on?

Yes, mea maxima culpa...oh, dear, why do I inflict this on myself? I am fairly certain this is the father, not the son; I will see what I've written already, and if there's enough to work up into something useful quickly will do it - I'll let you know when I've finished Hallam/Lindsey.

[Pieter, if you see this, I'm sorry about Douglas, Stuart and Thirlwall, not to mention Desseignet. And Mary Morton's Will...et alia. None are forgotten, but none are completed either. One day...]

I repeat Barbara Bryant's recommendation to close this discussion as unlikely to reach a reliable conclusion for the reasons she set out in her post of 15 July 2020.

I think that we should close this discussion in a week's time, unless new evidence is forthcoming. Osmund: anything straightforward to add? The collection staff member apparently returned in November 2020 but has been unable to add information in all the circumstances.

Geoffrey Morris, email, 11/07/21
'The portrait of William Seaton is more likely to be in Rochdale because William junior was incumbent at Pennington. But it occurs to me that as the eldest son he may have owned a portrait of his father and namesake, my predecessor as Rector of Lampeter Velfrey. Do we know the provenance of the portrait?'

Questions around the provenance have been asked before. As Marion put it (12 October 2020), "Art UK might be able to obtain the acquisition details for the record, even if the discussion closes because they have no further information on the sitter."

Thank you for all the comments.

It's been very hard to involve the collection, because the Gallery Coordinator was on maternity leave in addition to the usual problems caused by the pandemic. Another member of staff did say that the collection would look for us, so I've sent a reminder.

The collection staff member who deals with Art Detective enquiries has been working one day per week since returning from furlough. She will try to help with the requests for information.

Hello all and thank you for your research and patience. Yes, as you can imagine I didn't return to work in November due to the further restrictions placed on us all. Now back, it is most interesting to read your threads.
Regarding a date created, the information we have is noted as 1850-1900, which doesn’t match up with the dates for Rev William Seaton. Perhaps the son…
The picture measures at 61cmx53cm and the simple gilt frame is has is very worn and flaking.
I’m sorry that we have very little information on this picture not least the attribution, its object history and how it came to Rochdale. Prior to being in this collection received ill care and now sits within the social history part of our collection. I work with the art gallery collection so I shall enquire with another member of staff to see in more detail how it may have been acquired.
Best wishes,