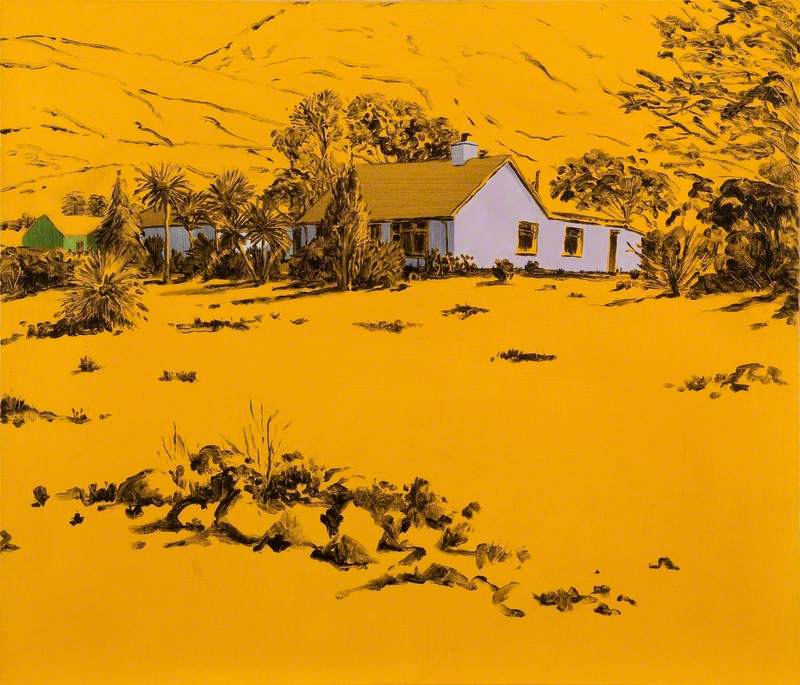 Artist and teacher whose work could include bizarre and fantastic elements. He was born in Romford, Essex, and studied at St Martin’s School of Art, 1968–72, and Royal College of Art, 1972–5. Gained Arts Council awards in 1976–8. Crowley was artist-in-residence at St Edmund Hall, Oxford, 1982–3; was senior fellow in painting, South Glamorgan Institute of Higher Education, 1986–9; and in 1991–2 held the Riverscape International Drawing Residency, Cleveland.

Read more
Became professor of painting at the Royal College of Art, 1998, having been head of fine art at City and Guilds of London Art School. Group shows included RA; John Moores Liverpool Exhibition on several occasions including 1987 when he was joint second prizewinner; Peter Moores Liverpool Project 7 As of Now, 1983–4; and Twinings Gallery, New York, 1985. His one-man show Home Comforts toured in 1983 and other major solo exhibitions included Totah Gallery New York, 1986, and London from 1984, including Lamont Gallery, 1995 and 1997, and Beaux Arts, 2001 and 2005. There was a retrospective in 2002–3 at Christchurch Mansion, Ipswich. It and the Arts Council hold the work of Crowley, who latterly lived in west Cork, Ireland. There he completed a series of joyful landscapes, following a period of preoccupation with visions of a failing society.