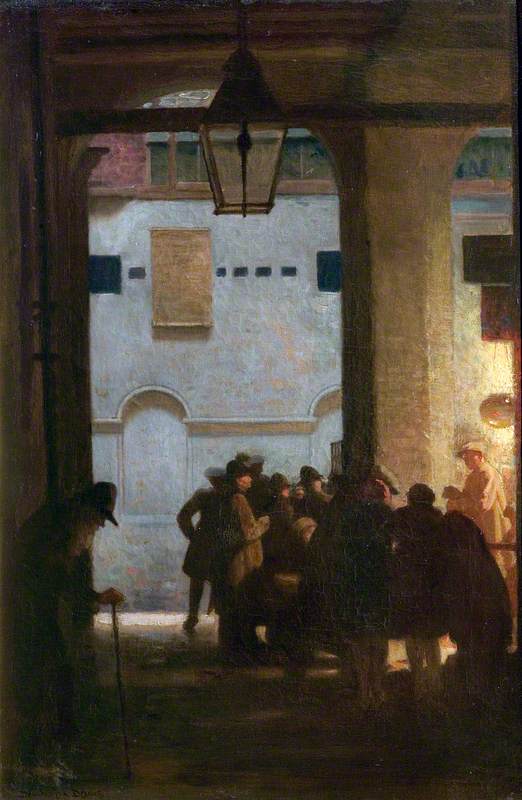 Primarily a portrait painter, Davis was born in Nottingham, where he studied at the School of Art for five years in the 1890s and was then at the Royal Academy Schools. Worked for a decade in London as a portrait painter, but continued to show in Nottingham. Among his portraits were General William Booth of the Salvation Army and the Victoria Cross-holder Captain Albert Ball. He eventually returned to live in Nottingham and in 1929 his frescoes in the Council House Arcade were unveiled, showing scenes from city history.

Read more
Died on a visit at Goring-on-Thames, Oxfordshire.