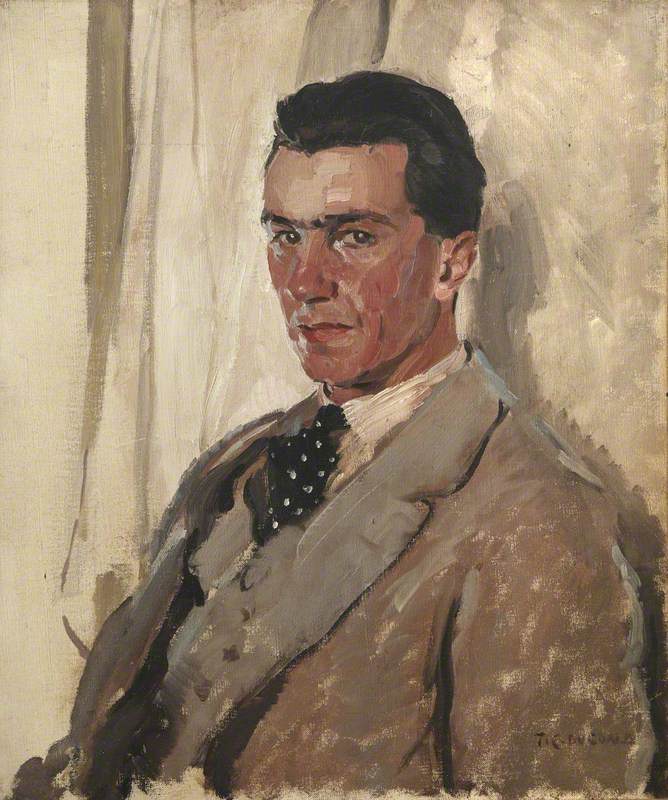 Painter mainly of portraits in oil; textile designer. Born in Blackburn, Lancashire, T C Dugdale studied at Manchester School of Art, Royal College of Art, the City and Guilds School in Kennington, then at the Académie Julian and Atelier Colarossi, Paris. From early in the century he showed with the NEAC and RA, being elected RA in 1943. Having served in the Army during World War I, he held an exhibition in 1919 at the Leicester Galleries of pictures of the Middle East.

Read more
Married to the painter Amy Katherine Browning. During the inter-war period Dugdale consolidated his position as a leading portrait painter and was for 20 years from 1919 art adviser to Tootal Broadhurst Lee, the textile company. Exhibited widely in Britain and overseas, the Tate Gallery and many provincial galleries acquiring his work. Lived in London.