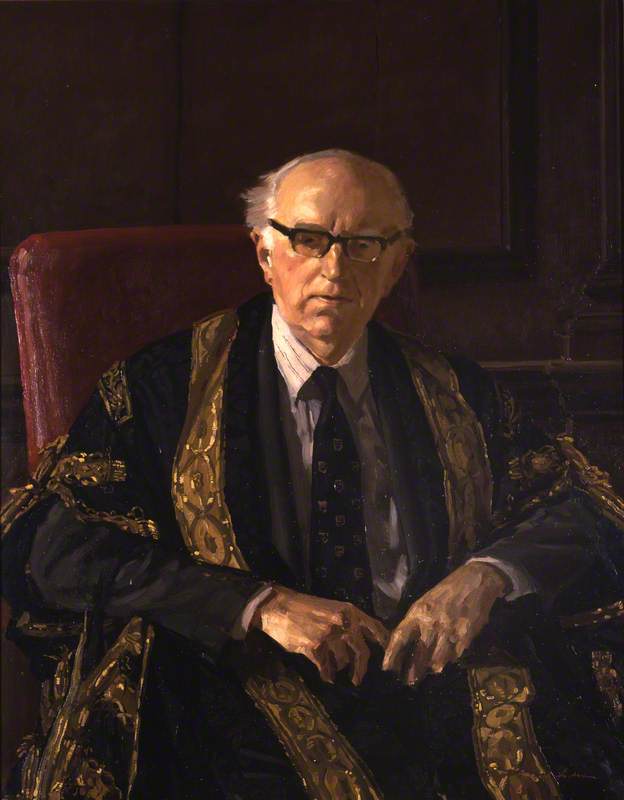 Painter and printmaker of landscapes and portraits, who favoured what he called “runny” paint, his work reminiscent of the grand manner, fluidity and light of John Singer Sargent. The artist John Ward was a hero and mentor. Foster was born in London, where later mainly lived and worked, but was brought up in Norfolk. He was educated at Harrow School and Trinity College, Oxford, where he read history, studying art at Studio Simi in Florence, Italy, 1963–6, and at the City and Guilds of London Art School, 1967–70, where “etching was the thing that interested me most and I did almost no painting.

Read more
” He was a frequent exhibitor at RA Summer Exhibition, became a member of the RP in 1976 and was its vice-president, 1991–4, also belonging to the Art Workers’ Guild. He showed regularly at the RA and in 1972 won a Lord Mayor’s Award. Had solo shows at Jocelyn Fielding Fine Art, 1974; Spink & Son, from 1978; a retrospective at Rafael Valls Ltd, 1999; and Partridge Fine Arts, 2003. Foster’s portraits included HRH The Princess of Wales; Lord Mexborough; Lord Trend; and Lady Fulford. Eton College; Lincoln College, Oxford; The Royal College of Pathologists; and the Royal College of Physicians and Surgeons of Glasgow owned examples.