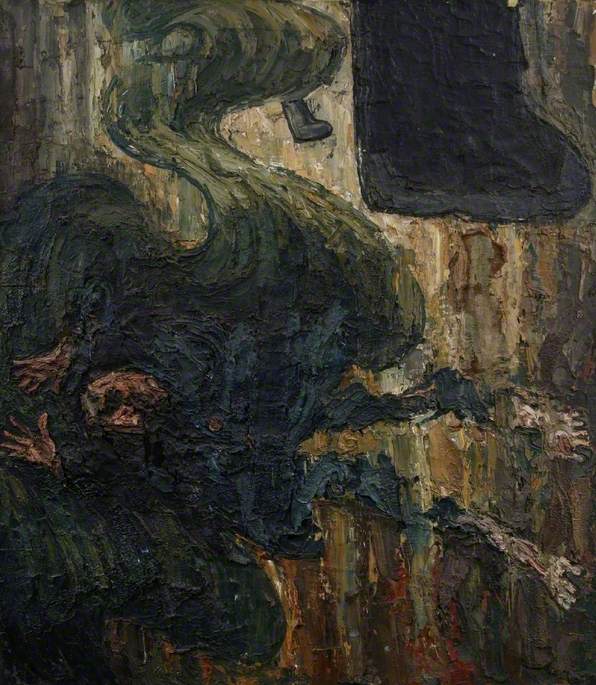 Painter, ceramic sculptor and teacher, born in Bristol. He studied painting and etching at West of England College of Art there, 1948–52; was at École des Beaux-Arts, Paris, 1953; studied at Slade School of Fine Art, 1953–5, and worked for a time with William Coldstream and Claude Rogers. He was head of painting at Falmouth School of Art, 1960–81, settling in the Cornish town after moving to the county in 1957.

Read more
In 1977 Hewlett was Gregynog Arts Fellow, University of Wales, in Newtown. Hewlett worked in ceramics, mainly large-scale sculpture, 1968–75, then from 1981 concentrated on pictures of the Bristol Empire theatre, based on much earlier drawings. The colourful, evocative pictures were shown at Browse & Darby in 1993. Solo exhibition, Falmouth Art Gallery, 2000. Hewlett showed at RA, RWA of which he was a member and at Newlyn Orion Gallery and in 1992 was included in Artists from Cornwall at RWA. Ulster Museum in Belfast; National Library of Wales in Aberystwyth; and public galleries in Leicester, Plymouth, Portsmouth and Southampton hold examples. Lived in Falmouth, Cornwall.