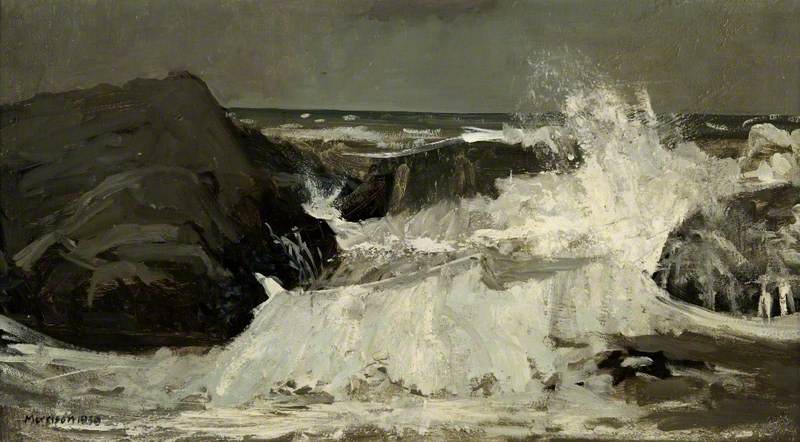 Painter and teacher, born in Glasgow. He studied at the School of Art there, 1950–4, then taught part-time, 1955–8. In 1962–3 he was visiting artist at Patrick Allan-Fraser School of Art, Hospitalfield, Arbroath. In 1965 he joined the staff of Duncan of Jordanstone College of Art, Dundee, becoming head of department from 1979–87, when he resigned to paint full-time. He then made an extended painting trip to Canada, having in 1968 won an Arts Council Travelling Scholarship to Greece.

Read more
Was keeper of RSA, a council member of SSA and a member of RSW. Morrison was a frequent broadcaster on the arts on television. One of his most notable achievements was the series of paintings of disappearing and decaying Glasgow which he made over many years, featured in an exhibition at William Hardie Gallery, Glasgow, 1990. Frequent one-man shows also included a series at Scottish Gallery, Edinburgh. HRH The Duke of Edinburgh, Glasgow and Edinburgh Universities and a number of Scottish galleries hold his work. Lived in Usan, Montrose, Angus.