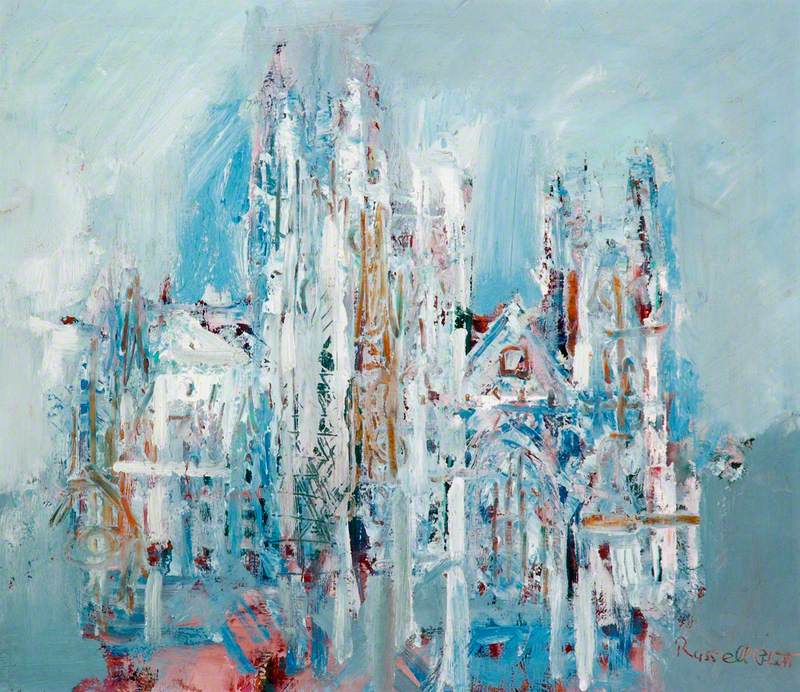 © the artist's estate. Photo credit: The University of York

The University of York

Painter, draughtsman, muralist, printmaker and teacher, born in Wallasey, Cheshire, youngest son of a butcher. He served in the Royal Navy in World War II, then was at Wallasey School of Art, 1946–8, and Royal College of Art, 1948–52, becoming an associate in 1951, when he gained a Silver Medal for Work of Special Distinction and the Research Scholarship for the School of Painting. Platt was awarded the Evelyn Prize by York City Art Gallery in 1956.

Read more
From 1952 Platt taught at York and Harrogate Schools of Art, became lecturer in painting at Leeds College of Art in 1964, then senior lecturer in fine art at Leeds Polytechnic until retirement in 1985. Mixed shows included Whitworth Art Gallery, Manchester, 1947; Whitechapel Art Gallery, 1952; The Teaching Image, at Leeds City Art Gallery, 1964; Wakefield Art Gallery, 1973; and Stonegate Gallery in York, where he settled, from 1988. Of his later solo exhibitions The Bar Convent Museum, York, was 1990, Ally Capellino, 1991. The former comprised Platt’s rich and impressive series of York Minster paintings, the latter work being more irreverent: portraits to picnics, fornication to football. Murals were completed for The National Aeronautical Collection, ICI Terylene and Royal College of Art.