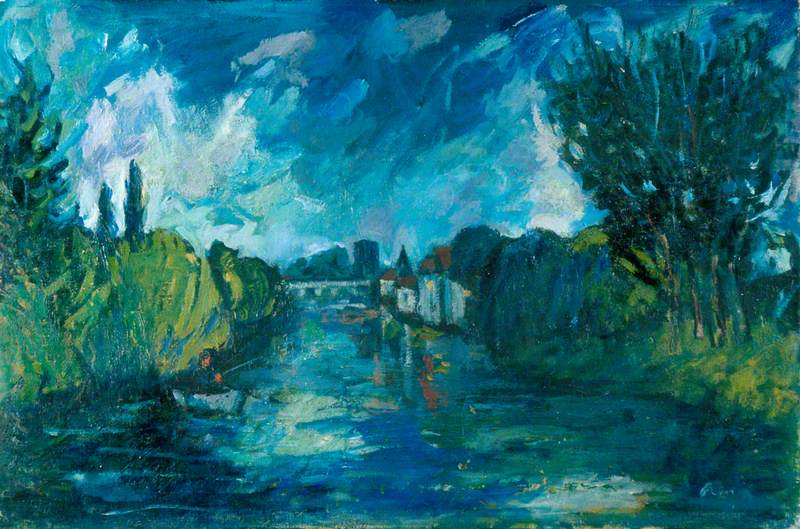 Painter and teacher, born in London, son of the landscape and portrait artist Vivian D Ryan. Adrian Ryan studied at Architectural Association, 1938–9, and Slade School of Fine Art, 1939–40. He taught at Goldsmiths’ College School of Art, 1948–83. Over the years he painted in a variety of places, including Cornwall, France and Suffolk, being latterly based in London and Suffolk. As well as appearing in various mixed shows, including LG and RA, he had a number of one-man shows, starting with the first of a series at Redfern Gallery in 1943.

Read more
Later solo exhibitions included University of West Virginia in 1978, Gallery 10 in 1980, a retrospective at The Minories, Colchester, 1985, another with the National Trust, 1994, and in 1996 a solo show at Eton College, which he had attended. There was a memorial show at Redfern Gallery, 2000, another at Penlee House Gallery & Museum, Penzance, 2002. An exhibition at Charleston Gallery, Firle, in 2003, organised by Julian Machin, concentrated on Ryan’s paintings of France. Machin also arranged a show of Ryan’s Still Life Paintings at Sutton House, 2 & 4 Homerton High Street, in 2005. Tate Gallery holds his Flowers on a Chair.