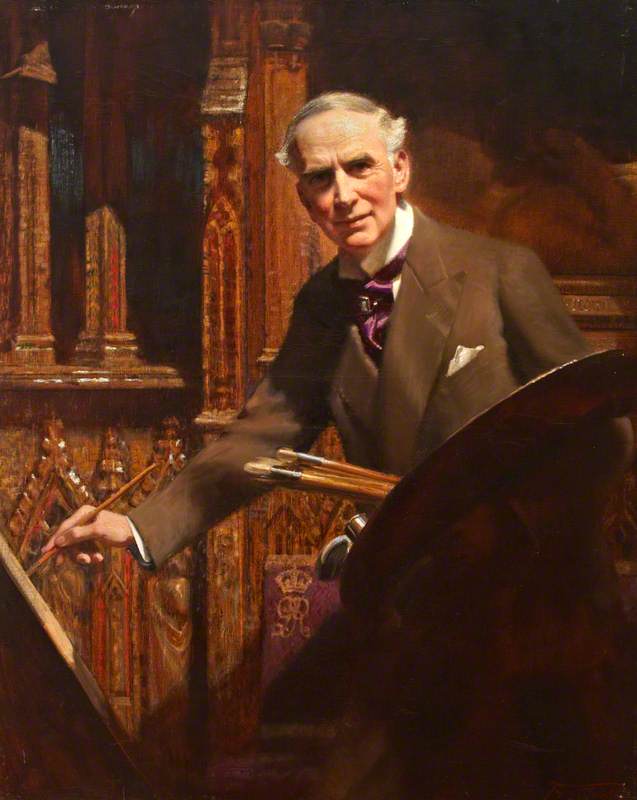 British painter and stained-glass designer. He was born in Harpenden, the son of a plumber and glazier, and was apprenticed to his brother in a stained-glass workshop in St Albans before winning a scholarship to the *Royal Academy, London, where he studied 1892–7. A scholarship to visit Italy in 1896 and his admiration for Renaissance frescos helped establish his taste for large scenes of pageantry.

Read more
He painted numerous murals in buildings in London and elsewhere and also produced easel pictures of historical events and religious and allegorical scenes. In addition he had a successful career as a portraitist, painting five British prime ministers, five US presidents, and many other notables (including Mussolini on a visit to Italy in 1934), all in a solid, traditional style. He published his memoirs, Portrait and Pageant, in 1944. Kenneth *Clark writes that Salisbury ‘dressed like a Harley Street gout specialist…He lived in Hampstead in a sham Jacobean house which he had built for himself, and everything in the house was sham, including things that might just as easily have been genuine. It had a marvellous consistency.’