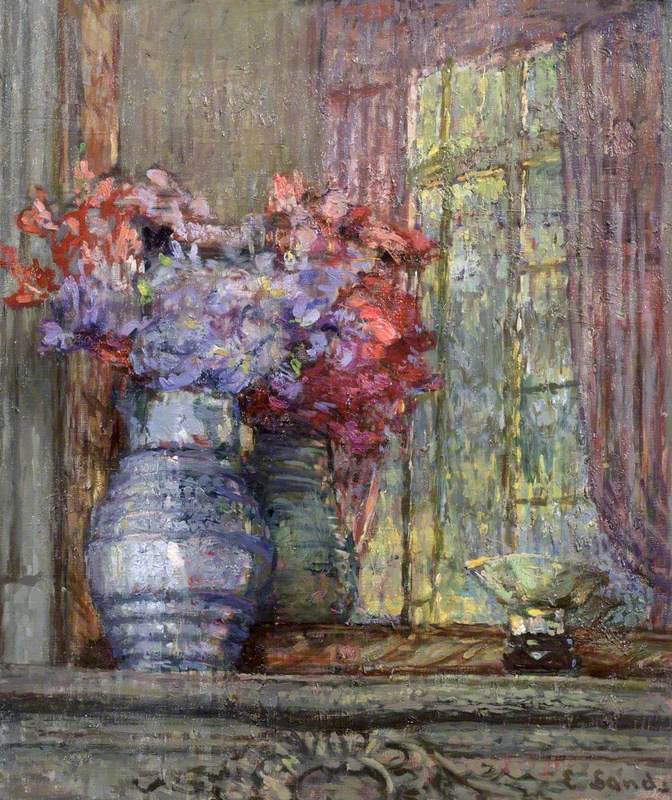 American-born painter, patron, and hostess who became a British citizen in 1916. She was born at Newport, Rhode Island, and settled in England with her wealthy socialite parents in 1879. In 1894 she went to Paris, where she studied for several years under Carrière (see académie) and met her lifelong companion, the painter Anna Hope (‘Nan’) Hudson (1869–1957), who was also American-born. ‘They were basically two independent, individual women, whose mutual love and understanding rescued them from the loneliness of spinsterhood’ (Wendy Baron, Miss Ethel Sands and Her Circle, 1977).

Read more
Sands's father died in 1888 and her mother in 1896, leaving her a substantial fortune that enabled her to spend lavishly on entertaining. From 1898 to 1920 her main home was the Manor House at Newington in Oxfordshire, but she also spent much time in London and France. In 1905 she met *Sickert and like many in his circle became a founder member of the *London Group in 1913 (as did Hudson). Her paintings are mainly interiors and still-lifes, very much in the manner of Sickert, who often gave her advice. She is more important, however, as one of the leading artistic hostesses of her time. From 1913 to 1937 her London home was at 15 The Vale, Chelsea. Boris *Anrep created a mosaic floor for the entrance hall; Sickert was commissioned to carry out decorations but never did the work. In both world wars Sands served as a nurse in France.