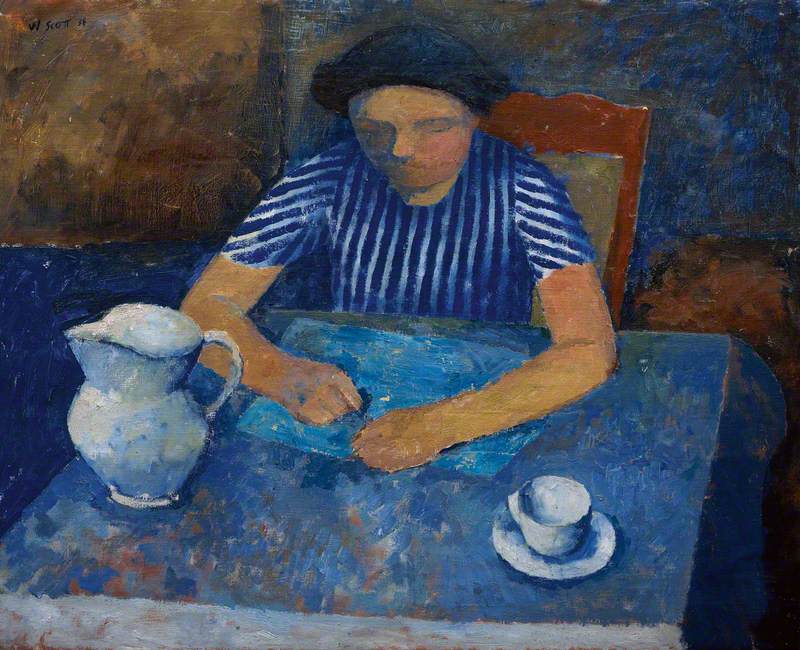 British painter. He was born at Greenock, Scotland, of Irish and Scottish parents and was brought up in Ulster. He studied at Belfast College of Art, 1928–31, and the *Royal Academy, 1931–5. In 1937–9 he lived in France (mainly Pont-Aven and St-Tropez) and he found a sense of kinship with a tradition of French still-life painting which linked Chardin in the 18th century with *Braque. His work continued to be based on still-life, but even when, for a time in the 1950s, he painted pure abstracts, he continued to relate what he did as a painter to that tradition.

Read more
They featured forms such as circles and squares, but they were not geometrically exact and were bounded by sensitive painterly lines. In the late 1960s and 1970s his style became more austere. Although his work was restricted in range and undemonstrative in character, Scott came to be regarded as one of the leading British artists of his generation. He won several awards, including first prize at the 1959 *John Moores Liverpool Exhibition. His work is represented in Tate and many other collections in Britain and elsewhere, and there is a large mural by him in Altnagelvin Hospital, Londonderry (1958–61). He lived mainly in London and Somerset. Further Reading N. Lynton, William Scott (2007)