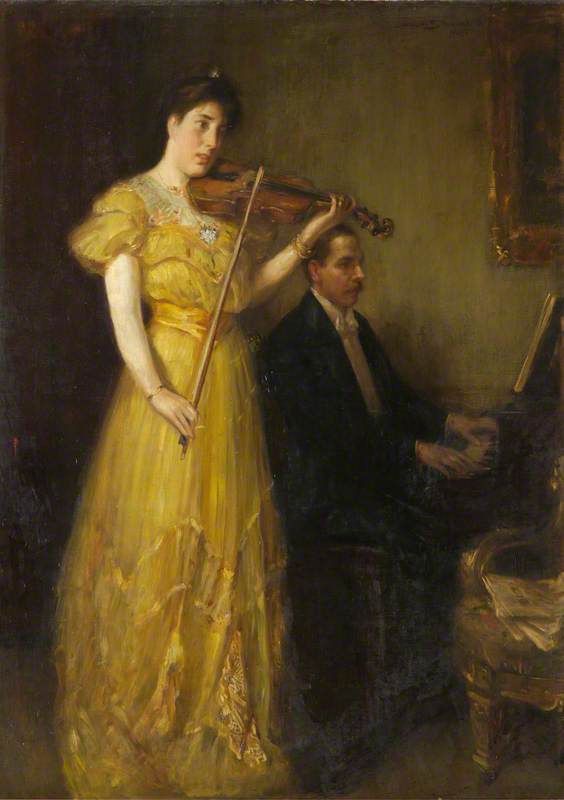 Stained glass designer, decorator and painter, born in Aberdeen where he attended Robert Gordon’s College. He studied at RSA life schools, then widely in continental Europe. His interest in easel painting gradually gave way to more public decorative projects, such as work on the Scottish National War Memorial, Whittington window in the Guildhall and windows which Britain contributed to the Palace of Peace, The Hague.

Read more
Strachan was an honorary RSA, 1920, who also showed at Royal Glasgow Institute of the Fine Arts. In 2001 a Strachan exhibition, Visions through Glass, was held at Crawford Arts Centre, St Andrews. Lived latterly in Lasswade, Midlothian.