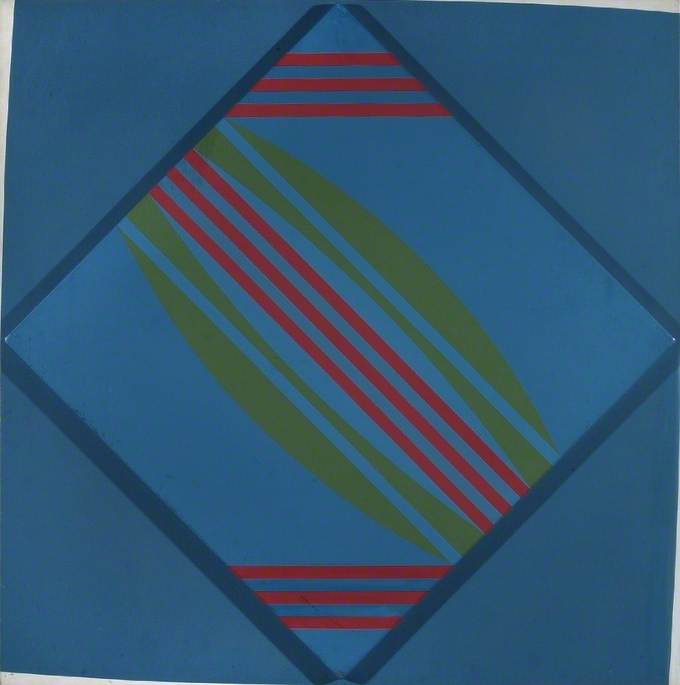 Painter and teacher, born in Sheffield, Yorkshire, who attended the College of Art there, 1950–2. He then went to Slade School of Fine Art, 1952–6, winning a French Government Scholarship in 1956. Began lecturing at Cardiff College of Art in 1964, later appointments including Hornsey College of Art and University of Iowa School of Art in America, for five years from 1971. In 1976, Tyzack joined the staff of the School of the Arts, College of Charleston, South Carolina, where he remained.

Read more
He won many awards in Britain and America, latterly including nomination for the Richard Diebenkorn Teaching Fellowship at the San Francisco Art Institute, 1999, and a College of Charleston Foundation Group-in-Aid Award for his exhibition at the College’s Halsey Gallery, 2001, with an accompanying detailed catalogue. The title of that exhibition was Appropriate to the Moment, borrowed from the teachings of Zen Buddhism, Tyzack’s paintings in many ways being analogous to Zen koans. Shortly after he joined Charleston, Tyzack wrote: “My own belief in the positive elements of the Human Condition leads me to view the ‘act of painting’ as one of ‘celebration and affirmation.’” By then, he had received several commissions, including one in 1968 from the Documenta Foundation of Kassel, Germany, to design a “Multiple” art work for show at Documenta 4; in 1971 an Arts Council commission to create large mural paintings for University Hospital of Wales, Cardiff; and in 1977, one to prepare designs for a proposed mural for the Albert Simons Center for the Fine Arts, College of Charleston. Tyzack won first prize at the 1965 John Moores Liverpool Exhibition. Numerous international group shows followed, latterly including British Abstraction, Angela Flowers Gallery, 1994; Signs of Contemporary Art, South Carolina State Museum, Columbia, 1996; Jazz Club (Tyzack was a keen traditional jazz player, a fan of the British New Orleans revivalist Ken Colyer), Neuberger Museum of Art, Purchase College, Purchase, New York, 1998; and British Abstraction: Painting, Flowers West, Santa Monica, California, 2000. Among his many solo shows were Frances Aronson Gallery, Atlanta, Georgia, 1983; Halsey Gallery, Charleston, 1987; Meteor Gallery, Columbia, 1995; and Art Thomas Gallery, Charleston, 1999. Tyzack’s work was extensively reviewed and acquired by major international holdings, including the Tate Gallery; Arts Council; Contemporary Art Society; São Paulo Museum São Paulo, Brazil; Victoria & Albert Museum; WAC; Provincial Government of British Columbia, Canada; Indianapolis Museum of Art, Indianapolis, Indiana; Kunstmuseum, Bern, Switzerland; and National Gallery of Wales, Cardiff. He was a Chelsea Arts Club member.