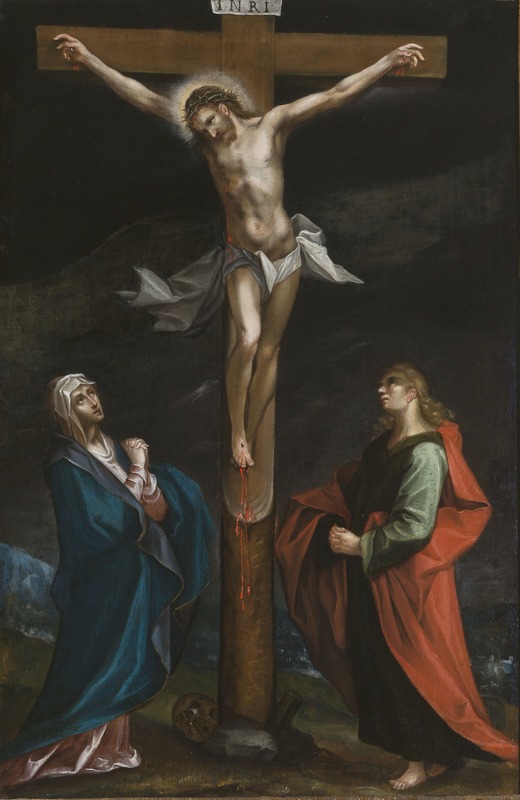 The Crucifixion with the Virgin and Saint John

(b Cologne, 1552; d Prague, 4 Mar. 1615). German painter; his name derives from his father's birthplace, rather than his own. He had an international career, working principally in Italy (c.1574–87) and Prague, where he was appointed court painter by Emperor Rudolf II (see Habsburg) in 1592. In 1596 he settled permanently in the city (although he made visits to Germany and elsewhere), and after Rudolf's death in 1612 he worked for his successor, Emperor Matthias.