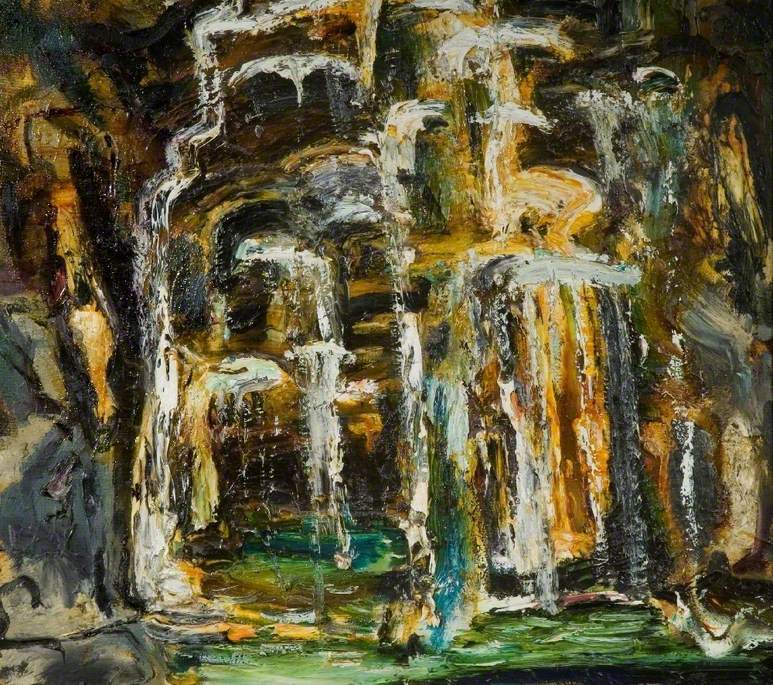 British painter and printmaker, born in Birmingham. He studied at Birmingham College of Art, 1955–60, then at the Académie de la Grande Chaumière, Paris, 1960–61. Although predominantly abstract, much of his work invokes ambiguous effects of space and volume. Study (1965, Tate) is on the scale of the *Post-Painterly work current at the time, but, in contrast to the flatness and brilliant hues cultivated by such work, it makes use of pictorial illusionism (the surface appears to fold open) and an earth-based colour scheme.

Read more
Walker also makes self-conscious references to art history. The Juggernaut series of the early 1970s suggests the accumulations of jagged planes in *Cubist collage, while the Numinous series of 1977–8 was within a tradition of balcony paintings by Goya, Manet, and *Matisse. His work has been much concerned with texture and he has sometimes included substances such as chalk dust and collaged pieces of canvas in his pictures, producing a battered, time-worn effect. Since 1970 he has worked mainly in the USA and he has also spent a good deal of time in Australia. His awards include first prize at the *John Moores Liverpool Exhibition in 1976. Further Reading Arts Council of Great Britain, John Walker (1985)