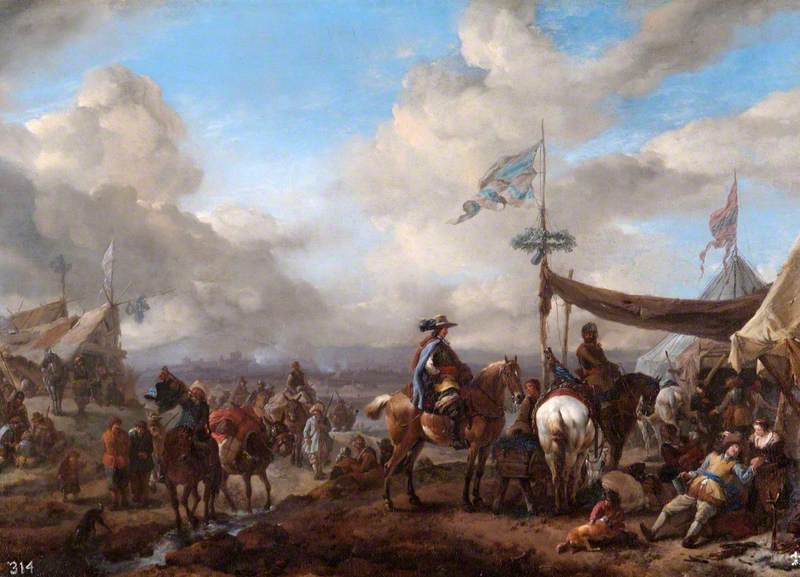 (bapt. Haarlem, 24 May 1619; d Haarlem, 19 May 1668). The most celebrated member of a family of Dutch painters from Haarlem, where he worked virtually all his life. He became a member of the painters' guild in 1640 and is said by a contemporary source to have been a pupil of Frans Hals. The only thing he has in common with Hals, however, is his nimble brushwork, for he specialized in landscapes of hilly country with horses—cavalry skirmishes, camps, hunts, travellers halting outside an inn, and so on.

Read more
In this genre he was immensely prolific and also immensely successful—Houbraken says he left his daughter a dowry of 20,000 guilders. He had many imitators, including his brother Peter (1623–82), and his great popularity continued throughout the 18th century, when he was a favourite with princely collectors and engravings after his work had wide circulation. Subsequently he has perhaps been underrated, for although his work generally follows a successful formula, he maintained high standards: his draughtsmanship is elegant, his composition sure, his colouring delicate, and his touch lively.